July 06, 2020
Source- Zee Media
China-India relations have withstood the test of ups and downs, and it is not easy to achieve today's development. 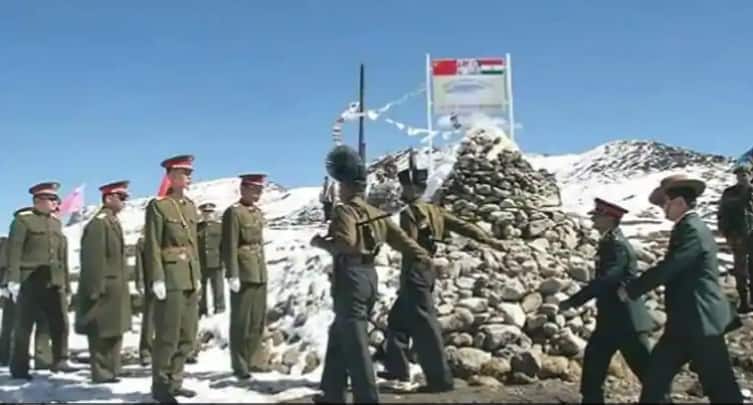 New Delhi: China on Monday (July 6) decided to disengage and ease the tensions in the Galwan Valley along the Line of Actual Control (LAC) with India. The Galwan Valley was the site of a violent faceoff between the two militaries on June 15 that left 20 Indian soldiers dead. Amid the disengagement process, China's Foreign Ministry has issued a statement on the LAC standoff:

"The two sides welcome the progress made in the recent military and diplomatic meeting between the two countries and agree to continue the dialogue and consultations, and emphasize that the consensus reached at the level of the two border defense forces at the military level should be implemented as quickly as possible to complete the disengagement process of the front-line forces of both sides as soon as possible.

Wang Yi said that this year is the 70th anniversary of the establishment of diplomatic relations between China and India.

China-India relations have withstood the test of ups and downs, and it is not easy to achieve today's development. Not long ago, what happened in the western part of the border between China and India in the Galewan Valley is very clear. China will continue to effectively defend its territorial sovereignty and the border area and peace.

Wang Yi emphasized that the realization of development and revitalization is the first priority of China and India, and China and India share long-term common strategic interests in this general direction. The two sides should always adhere to strategic judgments that do not pose threats to each other and provide opportunities for development, attach great importance to the complex situation facing the current relationship between the two countries, and work together to overcome and reverse them as soon as possible.

It is hoped that India and China will act in the same direction, correctly guide public opinion and public opinion, maintain and promote normal exchanges and cooperation between the two countries, avoid adopting practices that expand and complicate disputes, and jointly safeguard the overall situation of China-India relations.

The two sides exchanged frank and in-depth views on easing the current state of affairs between the two countries' borders and reached a positive consensus.

1. The two sides agree to follow the important consensus reached by the leaders of the two countries and believe that maintaining peace and tranquility in the border area is crucial to the long-term development of bilateral relations. The border issue should be placed in an appropriate position in bilateral relations to avoid the rise of differences into disputes.