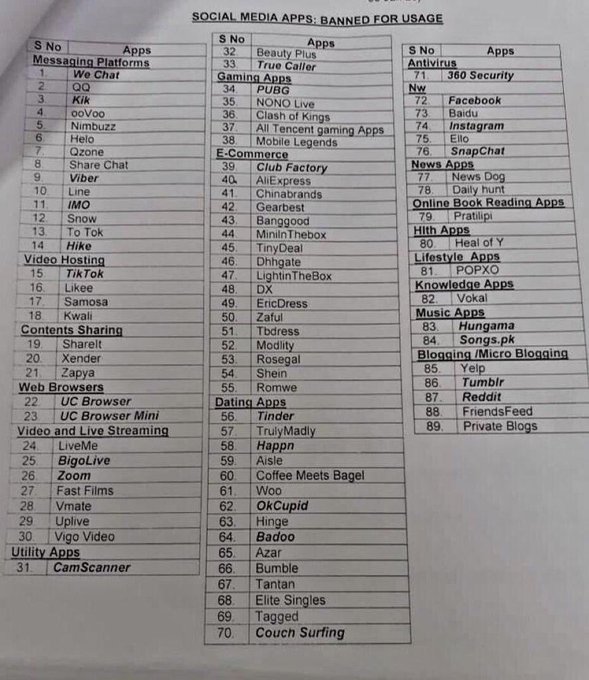 NEW DELHI: The 13-lakh strong Army has directed all its officers and soldiers to delete their Facebook and Instagram accounts as well as 89 apps from their mobile phones by July 15.Citing security considerations and leakage of sensitive data, the Army said those who do not follow the order will face strict action. The outlawed apps include the 59 ones with Chinese links, including TikTok, which were banned by the Union government recently.“The directive has been issued because there has been an exponential increase in the number of military personnel being targeted online by intelligence agencies of Pakistan and China,” said an officer.The Army in November last year had also directed its personnel to avoid the use of Whatsapp for official work, while asking officers holding “sensitive appointments” to delete their Facebook accounts.
There have been many cases over the last two-three years where Pakistani agents posing as women have “virtually” honey-trapped Indian military personnel into divulging classified information, with even a Group Captain posted at the IAF headquarters in New Delhi falling prey to it in 2018.
The fresh Army directive, taken to ensure the security of classified information in the larger national interest, come s after the Navy also banned the use of Facebook for all its personnel, while also directing them not to carry smart mobile phones into bases and dockyards as well as on board warships, in December last year.